By Thomas A. Hutson 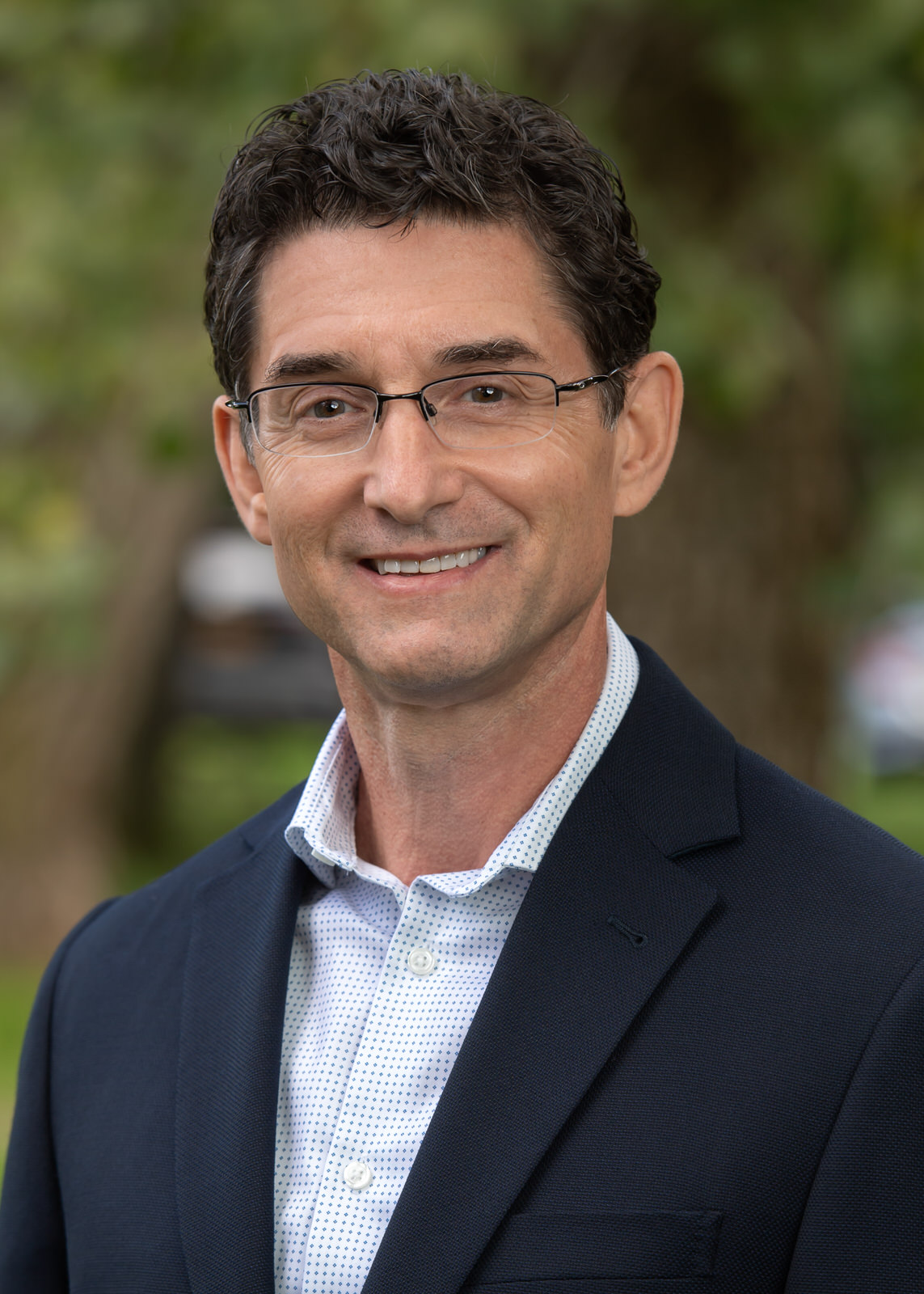 In its interesting October 4, 2021 decision in Charles H. Leyh v. Commissioner of the Internal Revenue Service[1], the tax court decided in favor of the taxpayer and concluded the paying spouse could both exclude from income health insurance premiums deducted from payroll under a cafeteria plan and deduct as alimony the portion of those premiums covering the recipient spouse pursuant to a pre-2019 pendente lite agreement[2].  The taxpayers elected to file their income tax returns separately rather jointly.  The case was submitted for decision without trial since all relevant facts were stipulated to or otherwise included in the record.  There was no dispute that the paying spouse was entitled to exclude from gross income, under sections 106 and 125 of the Internal Revenue Code (IRC) and regulations thereunder, the health insurance payments made by the employer or pre-tax deductions from the employee’s pay under an employer-provided cafeteria plan.  The IRS, however, challenged the paying spouse’s attempt to also deduct the portion of the insurance premiums covering the recipient spouse as alimony[3].

The IRS posited (a) that permitting the alimony deduction would create a windfall for the paying spouse by granting the paying spouse the practical equivalent of multiple deductions for the same economic outlay and (b) that under IRC section 265 an amount may not be deducted if it is allocable to wholly tax-exempt income (other than interest).

The tax court explained the “Alimony Regime” under IRC sections 62(a)(10), 71, and 215 and noted that the IRS did not dispute that the insurance premiums in question statutorily qualify as alimony and that the recipient spouse was required to include the insurance premiums in gross income.  The court explained that the alimony deduction differs from other personal deductions in that it is a method of designating the proper taxpayer for a given amount of income rather than a tax allowance for a particular expenditure and, to that end, the alimony deduction requires consideration of persons other than the taxpayer claiming the deduction.  Only by considering the recipient and comparing the overall net tax effect on all parties (either before or after divorce) is it revealed that a double deduction scenario is illusory.  Since they were still married (for income tax purposes) for the year the deduction was taken, they could have filed jointly and avoided the alimony regime altogether, which would have resulted in no alimony deduction and no alimony income inclusion, but the exclusion of the insurance premiums from gross income under the cafeteria plan would have still applied.  Instead they chose to file separately and but for the alimony regime in effect at the time, the recipient spouse would not have been required to include any portion of the alimony payments in gross income.  Since the general matching concept of the alimony regime required the recipient spouse to include the alimony payments in gross income, the paying spouse should be permitted a corresponding deduction to preserve equilibrium.  There is no risk of a windfall by allowing the paying spouse the deduction.  It simply shifts the ultimate tax burden to the recipient.  Accordingly, the government’s parity is maintained, although the tax brackets and applicable tax rates of each spouse or former spouse may be different.  The paying spouse undisputedly qualified for both the exclusion and the alimony deduction and no double tax benefit outcome can arise when considering the alimony regime as a whole, i.e., the recipient spouse’s matching requirement to include the alimony in gross income.  The IRS attempted to disrupt the uniformity of the general alimony regime to its net advantage under the guise of the double deduction rules when no such threat was present.

The tax court noted that the primary purpose of IRC section 265 is to restrict deduction of expenses incurred in connection with an ongoing trade or business or investment activity, the conduct of which generates tax-exempt income.  The court also noted that section 265 was never applied to disallow an alimony deduction or in any instance where the supposedly tax-exempt income was actually included in gross income by a different taxpayer (i.e., the recipient spouse).  The court concluded the paying spouse does not recognize a double tax benefit where one is not otherwise available given the special nature of the alimony regime (which shifts income from the paying spouse to the recipient spouse) and that the alimony payments are not considered allocable to wholly tax-exempt income since the recipient spouse is required to include them in income.

The tax court decided that neither the double deduction principle nor IRC section 265 applied and the taxpayer (i.e., the paying spouse) was entitled to deduct the insurance premiums as alimony.  The purpose behind the alimony provisions of the IRC in effect for the year the deduction was claimed, was to shift the income tax burden from the paying spouse to the recipient spouse.  If the IRS is concerned the situation (or any situation) might create an unanticipated statutory loophole it is up to Congress, not the courts or the IRS, to address it.  Where the IRC provides for a deduction, the IRS cannot cut it down without specific statutory authority and the courts cannot legislate for Congress.

State Tax Rules Can Be Different

It is important to note that the tax laws of any state may differ from those of the federal government.  New York State, for example, decoupled from the provisions of the Tax Cuts & Jobs Act’s elimination of alimony, and the alimony rules in effect prior to its effective date remain in effect in New York.  And, at both the federal and state levels, future legislation could always result in further changes to the tax code or a reversion to rules in effect in times past.  Stay frosty.

Tom Hutson is a partner at BST who specializes in matrimonial financial matters and is a Certified Public Accountant (CPA), Accredited in Business Valuation (ABV) and Certified in Financial Forensics (CFF) by the American Institute of Certified Public Accountants.  Tom is also a CFP® certificant, approved by the Certified Financial Planner Board of Standards, Inc. to use the Certified Financial Planner™ mark, and a CDFA® professional, approved by the Institute for Divorce Financial Analysts™ to use the Certified Divorce Financial Analyst® mark.  Tom has more than 33 years of experience as an accountant and business appraiser.  In addition to his years of experience in auditing, accounting, and financial statement and income tax preparation, Tom specialized in business valuation and financial forensic services.

[2] The insurance premiums were paid in 2015 pursuant to a 2014 pendente lite agreement and the final divorce decree was granted in 2016, all of which were prior to the elimination of the alimony deduction and requirement for the recipient to include the alimony payments in gross income pursuant to the Tax Cuts and Jobs Act of 2017 for divorce or separation agreements entered into after December 31, 2018.

[3] Prior to the Tax Cuts & Jobs Act, alimony was defined in section 71(b) of the IRC, the alimony deduction for adjusted gross income (AGI) was under IRC section 62(a)(10) and IRC sections 215(a) and (b), and the requirement for the recipient spouse to include any alimony or separate maintenance payments was under IRC section 71(a).  Congress repealed IRC sections 62(a)(10), 71, and 215 for all divorce or separation agreements executed after December 31, 2018 under the Tax Cuts & Jobs Act.  Taxpayers divorced before 2019 who want the provisions of the Tax Cuts & Jobs Act to apply may modify their divorce decree or settlement agreement after December 31, 2018 and have that modification expressly state that the amendments made by the Tax Cuts and Jobs Act apply to the modification.  Other modifications of a pre-2019 divorce decree or settlement agreement will not result in loss of the alimony deduction if language stating the post-2018 rules apply is omitted.